Is your leadership style the right style for your organization or its stage of development?

Looking out on Kenya’s famous game reserve, the Masai Mara, at the millions of wildebeest, I could not help but be intrigued by their behaviour. To watch the wildebeest  roam the vast open space with no semblance of order, to all of a sudden fall in line behind this one wildebeest.

One wildebeest would start moving to a new frontier, and another would fall in behind, another, then another. Before long there were hundreds of wildebeest migrating, following one after the other headed in the same direction, seeing no further than the one right in front of them. As an example, after hours and sometimes days of contemplation,  when finally one dares to cross a river infested with crocodiles in order to go to green pastures, the others follow blindly, often to their demise.

During our safari, I heard sounds of distress. Eighteen game drives has now made me an expert in the calls of the wild. Our guide drove closer to examine the situation. On one side of a line of bushes there were zebra staring in the direction of the bush, making calls. On the other, wildebeest were also looking towards the bush and becoming skittish. Upon further examination, we saw the source of their concern. It was a lion with a baby wildebeest in its mouth, still moving while being dragged further into the bush for its final breath. The lion as the king of the jungle prevailed.

As we headed back to our campground we observed a family of female elephants welcome a bull (male elephant) wandering by itself into their herd. The matriarchal female welcomed the new bull by banishing the one that had already been traveling with them. The matriarch just slightly moved toward the bull that had been their traveling companion, and gestured with her trunk that the bull be exiled. Immediately after, she welcomed the new bull to the herd. A subtle movement of authority and all was under control.

In watching all these interactions it was evident in every case that a different leadership style was being utilized. Some obviously harsher than others, but in the end, they all achieved their objective regardless of the approach. The wildebeest crossed the river. The lion had its dinner; the elephant brought a new bull into the herd.

In my recent interview on Wisdom Exchange TV with Jane Wathome, the founder of Beacon of Hope, a registered faith-based and community non-governmental organization that addresses the HIV/AIDS pandemic among women in poor communities. She suggests there is a “different leadership style for each season,” meaning that a different leader is required at different stages of a company’s growth.

In another recent interview, Joyce Muraya accentuated the need for different leadership styles depending on the organization’s mandate. Joyce, Kenya Country Director for Amani Au Juu, is a quiet leader.  She tends to methodically walk in one direction; occasionally checking behind her to ensure her team is following, but continues knowing they are there. As Joyce is always seeking greener pastures, and is always moving forward, perhaps her leadership style would be similar to a wildebeest’s.

Joyce recognizes that this is the right type of leadership for Amani Au Juu, a not-for-profit organization that provides a safe haven for women refugees and local women who have fallen through the cracks of the system . The objective of the organization is to help women to regain their dignity through contribution to their families by creating and selling a variety of merchandise. For Joyce to implement a more forceful leadership style may actually alienate these women from feeling the comfort and reassurances of a safe haven.

I would have to agree with both Jane and Joyce. I do think certain organizations need a certain type of leader to prosper, but I also believe that during the growth of a business a leader needs to transform from one style to the next.

I have seen these leadership styles in action many times over the years.

The lion’s aggressive leadership style, if used, would be most appropriate at the beginning stages of an initiative, when the leader has most of the vision and the team needs to be highly managed to understand it and execute. However, this approach could be fatal if taking on a leadership role in an established organization. This style would also be effective when the leader is putting together the right team to grow the business, or if they are parachuted in to save the business. I will call this leadership style Imperious Leadership.

The elephant’s leadership style would be most effective in growth mode of an organization. Where some members of the team are operating efficiently and strategically, however, other key individuals still need continued guidance to achieve the objectives. The team needs some tweaking, not an overhaul. This style could also be utilized when most of your team is performing at a high level but a mentor is required for some individuals to really excel.  This leadership style I will call Proficient leadership.

The wildebeest leadership style is most effective in later stages of an organization’s life cycle, assuming it has been operating at a high performance level. Little daily direction from the CEO is required as the management team has fallen in line and understands, and is capable of executing the objectives in line with the organizational vision. This style would also be effective when each member of an organization had direct stake in its success.  I will call this leadership style Directional Leadership.

There seems to be a logical flow from Imperious Leader, to a Proficient Leader to a Directional Leader as an organization progresses. This could take a year, to years to span the entire cycle.

It has been said that wildebeest lack intelligence, however their critics never had leadership insights. Which begs the question, are wildebeest really lacking in intelligence? It depends, if the leader is just the leader because she is the only one brave enough to be out in front, or if she is out in front because she is moving to greener pastures.

Engaging many – So I challenge you, which leader are you? Is it the appropriate leadership style for this stage of your organization or for the individual you are leading? Are you being an Imperious Leader, when you should be a Directional Leader? Or are you being a Directional Leader when you should be a Proficient Leader? Making sure you are using the right style at the right time, under the right circumstances is key to the continued growth of your people and organization.

If you are finding your team restless, uncomfortable, or skittish, you may be using the wrong style to get them to fall in line.

Want a more meaning in your life? Join the  YouMeWe Movement where we discuss, share and celebrate conscious contributions™ locally and internationally. Make your contribution count, be part of the Movement. 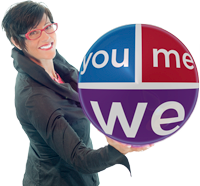 2017 President Elect: Canadian Association of Professional Speakers (CAPS)
Awards: TIAW World of Difference Recipient for women economic empowering
*Accreditation: Suzanne is one of 61 Certified Speaking Professionals (CSP) in Canada and is in the exclusive 15% of speakers who have this designation internationally.

YouMeWe, we help you make your contribution count for you • your company • your community 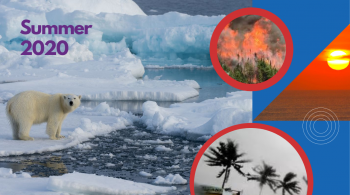 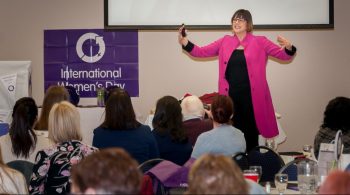 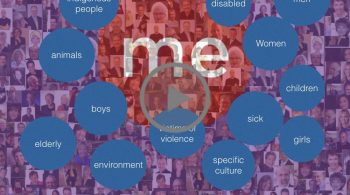 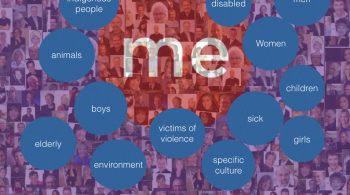